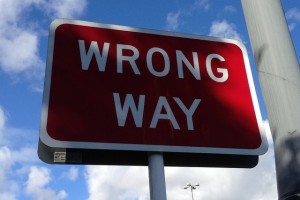 Interstate 90 can make for a hazardous route at any time, but a wrong-way driver can increase the dangers many times over. A driver entering any highway in the wrong direction can’t be anticipated by other motorists and can lead to shock and surprise.

Even cautious drivers will have less chance of avoiding a collision due to the unpredictable nature of wrong-way drivers. Especially if those drivers are operating a vehicle while under the influence of alcohol.

The Idaho Transportation Department discovered that, tragically, on average the state sees a person killed in an impaired driving crash every 4.6 days. The choice to get behind the wheel while drunk or high can lead to some of the most dangerous and, for innocent drivers, sometimes almost unavoidable accidents on our roads.

A truck entering I-90 near Post Falls traveling in the wrong direction led to a crash and serious injuries early Wednesday morning. An Idaho State Police News Release stated the accident happened around 12:18 a.m. near milepost 5 of Interstate 90 on March 31, 2021.

The Idaho State Police said that a Dodge Ram Truck driven by a 74-year-old man from Kalispell, Montana entered the eastbound lanes traveling westbound. A Post Falls Police Officer spotted the wrong-way driver and tried to stop the vehicle, but didn’t succeed.

State Police say the truck then collided with a Kia Sportage driven by a 25-year-old man from Seattle with a 61-year-old woman from Coeur d’Alene also inside. The driver and the passenger were both taken to Kootenai Medical Center.

Investigators believe alcohol was a factor in the crash. Troopers arrested the driver of the Dodge Ram. He was booked into the Kootenai County Jail on two counts of Aggravated DUI.

Victims recovering from dangerous DUI collisions can wonder about getting help with their injuries, especially when an at-fault driver is likely facing criminal charges in the accident. Victims and their families are protected in this situation. They may file a claim for damages against the driver’s car insurance coverage. This civil claim can move forward at any time separately from criminal proceedings.

This claim allows victims to request support from the insurance provider for every hardship endured since the crash. The initial emergency room visit and any hospital stay can be covered. The treatment and physical therapy expected in the future should also be considered and compensated. The lost wages from missed time at a place of employment can also be listed in a claim as damages and reimbursed.

Established in Spokane in 1948, Crary, Clark, Domanico, & Chuang, P.S. is licensed and practices in both Washington and Idaho. We want to protect the rights of victims in car accidents and make sure they have everything they need to make a full recovery physically and financially.

If our Post Falls Car Accident Lawyers represent you for your accident case, you have our assurance that we will use our absolute best efforts to win your case. Contact us after any accident resulting in a serious injury for a free and confidential case evaluation. We will only offer you advice in your best interest.