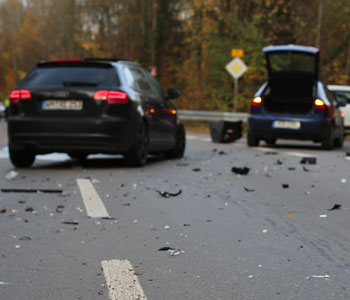 Street racing has been a big-city problem for decades across the U.S. with movie franchises like the Fast and the Furious throwing fuel on the fire. Today, street racing is spreading to the suburbs and even rural areas to take advantage of the lower police presence.

This also means more people are going to be injured and even killed as high-speed racing is as dangerous as it sounds. Many times, the damage spreads to other vehicles and even bystanders who have nothing to do with the race.

Two Seriously Injured in High-Speed Race in the Valley

The Spokane County Sheriff’s office said that two vehicles appeared to be racing on Argonne Road near Walleyway Avenue when they collided with each other and then struck several parked cars with one car hitting a light pole.

The crash happened around 2:45 pm, Wednesday, June 10, 2020, and both drivers were seriously injured. EMS had to extricate one from the wreckage, and both were sent to a local hospital. Police say that the two face charges such as reckless driving, street racing, and vehicular assault.

Racing is an adrenaline rush for those involved and can become an addiction. The problem is, street racing puts others at risk of serious injury and death. According to the National Highway Traffic Safety Administration, out of the 5,000 deaths attributed to street racing over the past 20 years with the majority of the deaths being bystanders and passengers in the racing car.

In many cases, if someone is committing a crime with a car and injures someone else, the driver’s insurance company is not bound to pay the damages. This is most often seen in stolen vehicles but it can happen with other crimes as well.

When it comes to street racing, if you’re injured by a driver that wasn’t stealing the car, then the driver’s insurance company will cover your injuries if that driver is found to be negligent.

If the car was stolen or the driver had no insurance, then the victim can use their own insurance coverage if they have uninsured and underinsured motorist’s coverage.

At Crary, Clark, Domanico, & Chuang, P.S., we’ve seen the damage that a street race can cause, and we’ve helped victims get compensation for their injuries. We know how the system works, and we can make sure the insurance company doesn’t get out of their responsibility to pay you compensation.

Established in Spokane in 1948, Crary, Clark, Domanico, & Chuang, P.S. is committed to providing our clients with the absolute highest quality legal representation. If our Spokane Car Accident Lawyers represent you for your accident case, you have our assurance that we will use our absolute best efforts to win your case. Contact us after any accident resulting in a serious injury for a free, confidential consultation and case evaluation. We will only offer you advice which is in your best interest.