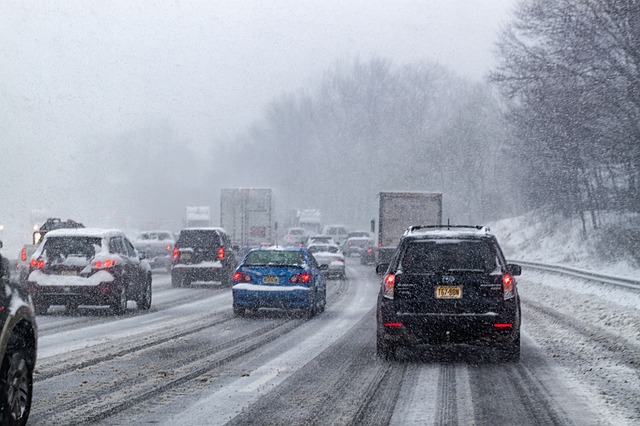 A driver in a Toyota pickup lost control of her vehicle and crossed the centerline and collided with two oncoming cars. The accident happened on U.S. 395 just south of Loon Lake around 8:30 Monday morning, December 10, 2018. According to the Washington State Patrol, the driver of the pickup was going too fast for the road conditions after two inches of snow had fallen the night before.

After she crossed over the centerline, she hit a Dodge pickup and then was stuck by a GMC SUV. Unfortunately, she died at the scene, and an infant was taken to Providence Sacred Heart Medical Center but is expected to make a full recovery.

Spokane drivers are no stranger to snow and icy roads, but the first snowfall of the year sees a bump in all sorts of car collision from fender benders to deadly crashes. According to the Federal Highway Administration, roughly 2,000 people die each year on snowy or icy roads accounting for nearly 5 percent of totally vehicle fatalities.

In a study of bad weather and road conditions by the University of Michigan, researchers confirmed what many first responders have known about first snowfall: that driving in the first snow of the year is more dangerous. The study showed that the risk of accidents are 30 percent higher with the first snow of the year than. According to the study’s author, the reasons could be that drivers hadn’t acclimated to snow driving by changing their driving habits.

Who’s at Fault in a Snowy Road Crash?

In all crashes that result in personal injury, our legal system requires that the injured show that the driver was negligent. This means that he or she was not taking reasonable care when operating their vehicle. So what happens if snowy or icy roads are to blame?

The law doesn’t have a carve-out for bad weather. Each driver has to use the care necessary under the current conditions. This means that if the roads are icy and slick, then the driver is to adjust his or her driving to reflect the conditions. In other words, slow down and pay attention. Even if you were to show that you did everything right and you crash into another vehicle, the liability is likely to fall on you.

How to Avoid Snow Collisions

The best thing to do is to slow down. Stopping times are dramatically increased (almost doubled) when the roads are slick. This means that speed and momentum are much more dangerous, and the only way to adjust is to slow down. According to the American Automobile Association, there are things a driver can do to reduce the risk of snow accidents.

Do I need an attorney?

If you are injured driving in the snow, you might need an attorney to help you get compensation. While this is not always necessary, insurance companies will often try to put the blame on you or even the icy roads so that they won’t have to pay as much money.

Don’t let this happen to you. Talk to an attorney who knows the law regarding snowy roads and has the experience with insurance companies and courtrooms. The attorneys at  Crary, Clark, Domanico, & Chuang, P.S., have the experienced attorneys trained in the law dealing with inclement weather conditions and personal injury. They can go toe-to-toe with the insurance companies and their lawyers to get you fair compensation for your injuries. Call them at (509) 926 4900 or send them a message.