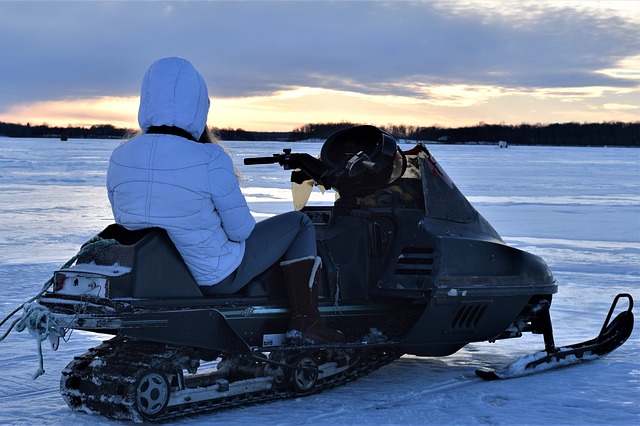 There are around 80 public snowmobile parks in Washington state, and thousands of square miles of private and public lands where one could ride a snowmobile. In some towns, especially in the Cascades, snowmobiles are a way of getting around during the winter months.

Unfortunately, around 150-200 people die each year in snowmobile accidents in the U.S. with roughly 15-25 in the state of Washington, according to the International Snowmobile Manufacturers Association (ISMA). Modern snowmobiles weigh around 550 pounds (full gas tank) and reach speeds much higher that their predecessors.

Modern snowmobiles are quick powerful and grip the snow well creating a need for training and experience before one should ride with no restrictions. According to a study published in the Public Health Reports, per mile traveled, snowmobiles are much more likely to be involved in an accident than are vehicles traveling on roads and highways. The reason for this is believed to be in the nature of snowmobile operations which is mostly for recreation.

There are certain types of injuries that medical professionals see when treating snowmobile accident victims. These are the result of typical snowmobile operation that result in unprotected impacts, roll-overs and falling though ice. Some of the most common are:

Requirements for Riding a Snowmobile

Snowmobiles can be ridden on any public highway that is covered in snow or ice, but only if that road has been closed to vehicle traffic or it is allowed by local authorities to operate on public roads.

When crossing a public road where snowmobile riding is prohibited, it is ok to do so if the person comes to a stop, rides across the road at a 90-degree angle and crosses more than 100 feet from an intersection.

Like most states, policies issued in Washington state do not cover off-road vehicles, including snowmobiles. However, almost all insurance companies can include snowmobile use in their policy, but it must be done before an accident occurs. If there is no insurance then the at-fault person will have to personally pay for all damages.

What if I’m Injured by Someone Else?

If you are injured by someone else’s negligence, you can get compensated from their insurance company if they have snowmobile insurance. If not, then you might have to sue them and get a money judgment in court, and they will have to personally pay for the damages.

If you have your own snowmobile insurance, depending on the type of policy, your own insurance may pay for some of the bills. This will be dictated by the individual policy as Washington state law has no requirement that snowmobile operators have insurance.

You may want to talk to an attorney if you are injured in a snowmobile accident. A knowledgeable and experienced attorney can advise you on the law and evaluate your case. The attorneys at Crary, Clark, Domanico, & Chuang, P.S. have the experienced attorneys trained in the law dealing with snowmobile accidents and other personal injuries. They can go toe-to-toe with the insurance companies and their lawyers to get you fair compensation for your injuries. Call them at (509) 926 4900 or send them a message. We are located in Spokane and represent clients all over the State of Washington and in Idaho as well.